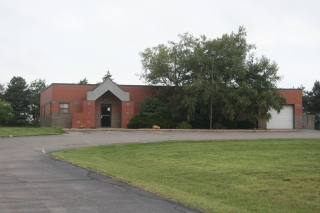 The Mulvane Animal Clinic was established in 1952 by Dr. Dale Carr. The original clinic was out of Dr. Carr’s home. The clinic was later moved to the northeast edge of Mulvane, on K-15 Highway.

In 1980, Dr. Joe L. Gosch came to work for Dr. Carr at that location. As the small animal clinic became very busy it outgrew the small cinder-block building. After Dr. Carr’s retirement, Dr. Gosch built the new facility in 1992 at its current location on Rock Road.

Dr. Troy D. Smith came to work at the practice in 1992 after spending 2 years in Lyons, KS. The practice has continued to grow, it has shifted to a predominately small animal practice with some horse and cattle work. Dr. Smith took over ownership of the practice in 2005.

Dr Andrea Pellegrini joined the practice in 2006 to help with the work load, this allowed her to move back to her hometown of Udall. In 2011, we welcomed the addition of Dr. Lance Riechenberger to the practice, he is from the west Wichita area.

*no doctor in the afternoon on Thursdays